We first visited Nepal in 2007. It was a last minute decision. We had planned to spend a month in northern India. Nepal is close by. We have a friend who has family there so we booked a flight and arrived in Kathmandu. It seemed like a journey back in time. Medieval looking buildings, dusty roads, and a lack of modern infrastructure added to the charm. We spent 3 days in a whirlwind tour of the capital area visiting all the famous temples, stupas, vistas and towers. We stayed with a local family. Read our blog post from  February 2007 – yes, I had a blog way back then 🙂 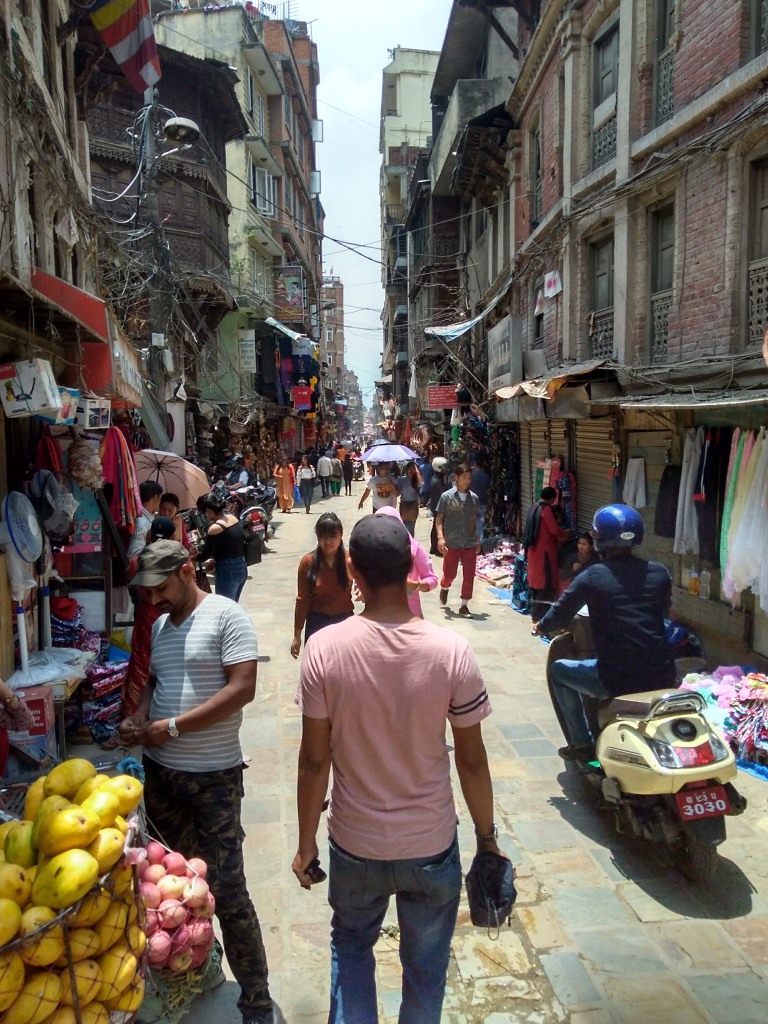 In 2010 we found ourselves back in Nepal and decided to check out the western town of Pokhara, set along a large lake, Phewa Tal. It was nice to get out into the countryside, hike in the hills nearby and see the snow covered peaks in the distance.

Looking at our ever changing itinerary a few weeks ago we realized we had about 8 weeks of unplanned time moving forward. We made arrangements to go to Nepal for a couple weeks. After landing in Kathmandu we headed to stay once again with our Nepali family. Their home has quadrupled in size, from a modest 1 story home to a 4 story, 4 apartment structure. They live on the top 2 floors and rent out the other 2 apartments. We caught up with the family and traded stories about our first 2 visits in 2007 & 2010. The young 9 year old boy who greeted us at the airport in 2007 has just completed high school and been accepted to a few colleges in the U.S. The newborn baby in 2007 is now 11 years old, speaks perfect English, and is a model student at her school. This was verified by her vice-principal as we had walked her to school one day. The families are growing. One new marriage and 2 new children. The grandparents have moved to the U.S. to live with one of the brothers, a former Nepali police officer and U.N. soldier.

I believe things are the same or less expensive here than our first 2 trips. You can get a nice room for $20 a night with breakfast, a western meal for less than $5, and a cab ride from the airport to your place for around $4. After a few days in Kathmandu we headed to Pokhara. The town had certainly boomed since our last visit in 2010. I remember just a few restaurants there at the time. Now there are 100? We booked an Airbnb outside of the busy downtown area. Our basic room was on the roof with a view of the lake. It was set in a quiet area surrounded by locals who spent their time farming. 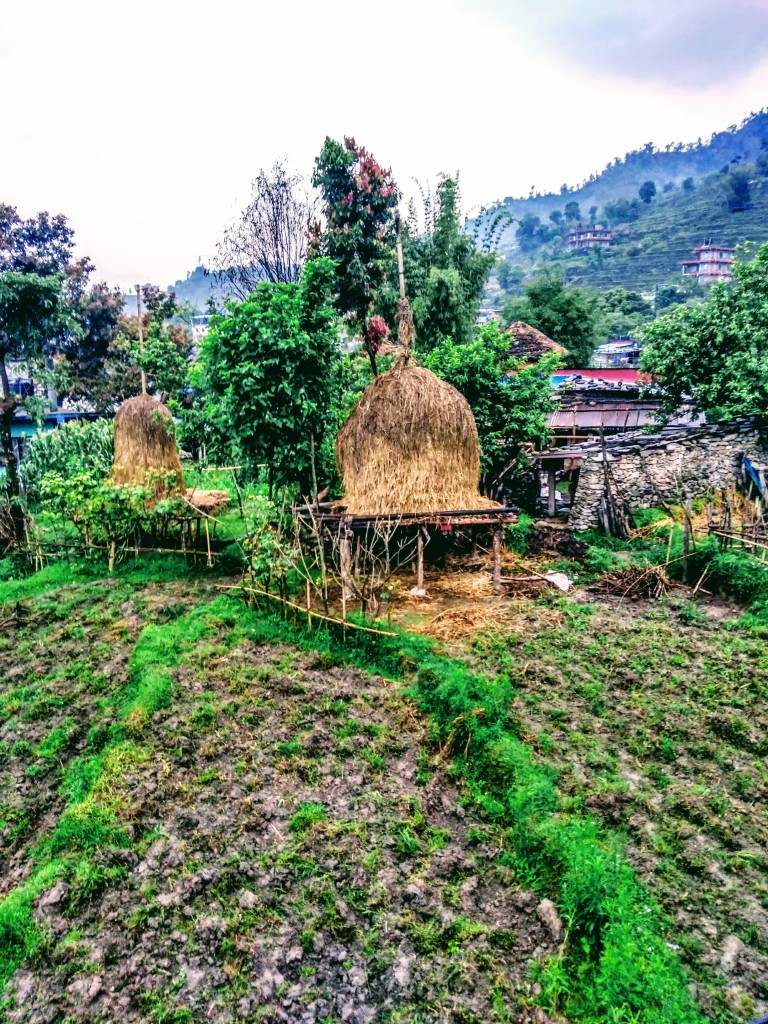 We had planned to do some mountain biking but after visiting about 5 rental shops it was apparent that the bikes for rent were in terrible shape. This really bugged me. I’m an avid cyclist and I used to be a bike mechanic years ago. The brakes squeaked and had never been adjusted. The brake lever on some of the bikes touched the handlebar when you went to brake. Cranks were loose and wobbly. Shifters didn’t work. We gave up and ended up doing a lot of walking for the week we were there.

One thing we did do was take more cooking classes. So far we’ve done them in India, Sri Lanka, Thailand and Nepal. This time it was at You & I in Pokhara, Nepal. We spent 2 mornings with Basanta, the owner, as he walked us through making momos, curry, chutney and fried dal – all from scratch. Everything was really tasty. One time the restaurant got busy and we helped out and made french fries from scratch. Upon our return, the least we’ll do is have some tastings at our home for you. I’m still tossing around a concept restaurant I came up with a few years ago during a marketing class I was taking 🙂

A trip to Nepal, or India for that matter, would not be complete without some sort of shenanigans on the part of a tout. One cornered me in Thamel, I took the bait and quickly found myself upstairs in an office of a tour company. I see myself as a hardened traveller these days so part of this is the fun I can have with people who think they’ve got a newbie on the hook. Anyway, the tout passes me off to the manager and we talked for a while. I took the gentlemen’s card and some info about a VIP bus to Pokhara – fancy ride, meals included, wifi, power outlets, seats that massaged you, etc. The next day I did book 2 tickets with him. At the last minute he tried to increase the price but I stood firm. He agreed to pick us up at the families home. We paid him and got his phone number. The ride to the bus never showed up on time so we had someone call him. The ride then called back a few times. The ride finally picked us up but did not know exactly where we were going. At the last minute we did find the bus, already to leave and loaded with other tourists who eyed us with disdain. The bus took off toward Pokhara. There were no massage seats, the power outlets didn’t work, the armrest was broken, it was dirty, and it was NOT like the picture he showed us. There was a free lunch though!

The bus returning to Kathmandu was a different story. We showed up real early. The folks at the bus stand said “stay put.” But our bus never showed up. We called the man who sold us the ticket. We went back and forth with phone calls and interpreters and other bus and travel people. There was no VIP bus today, even though we had a ticket. Welcome to Asia where nothing is definite – check out my blog post from February 2007 here. An hour later we were offered a private car for an additional $40 out of our pocket or a free ride on a “regular” bus back to KTM plus a refund. We chose the latter not knowing if we’d ever really get the refund. When we arrived back I phoned the man, he sent a courier to our hotel with the cash refund, and offered a free ride to the airport when we were ready. The next day I went to his office to thank him. We’re now friends on Facebook.

2 thoughts on “Greetings from Nepal”